Honor for 30 years of service

Zbigniew Woch was honored for 30 years of service at

At a joint breakfast, Operation Manager Martin Pricker thanked the jubilee for his many years
of loyalty and presented him with the certificate of honor from PERKUTE Maschinenbau GmbH.

Zbigniew Woch started at PERKUTE on February 24th, 1992 as an electrician.
He has always helped keep the company running, you can rely on him.
He always promoted team spirit and also thought outside the box and supported the company
in areas that were not among his typical tasks.

His friendly and open manner is appreciated by all colleagues. 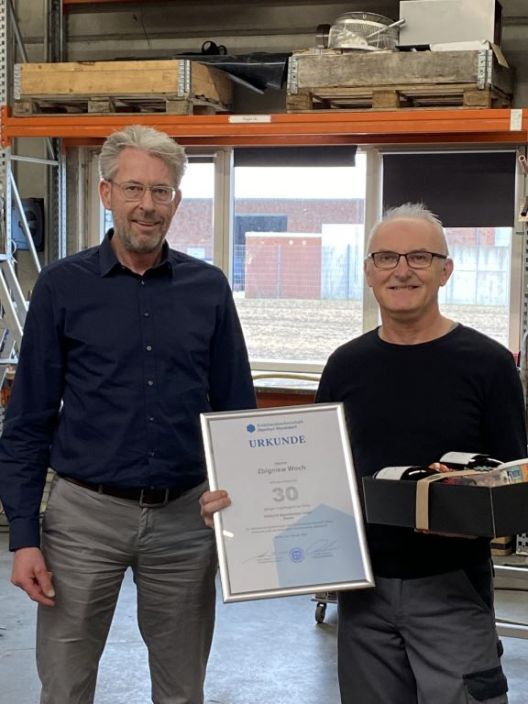