Honor for 35 years of service

At an internal ceremony, operations manager Martin Pricker thanked the jubilee for the many years of loyalty and presented him with the PERKUTE Maschinenbau GmbH certificate of honor.

Ralf Schepers began his apprenticeship as a locksmith at Autop-PERKUTE on August 1st, 1986. He worked his way up from locksmith to foreman in pre-assembly and has been the company's technical manager for several years.

He is known for his open, courteous nature, his willingness to help and his commitment, customers and business partners praise and appreciate his benefit-oriented communication and clarity.

Mr. Pricker wished him good health at PERKUTE for the years to come and continued success at work 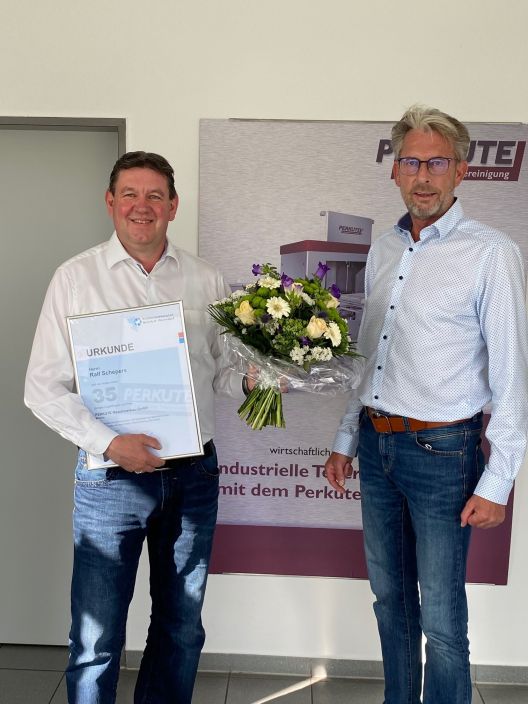